In the upcoming install4j 4.2.4 release, we’ll expand on the improvements that were introduced with the visibility script in install4j 4.2.3.

The GUI installer operates in a “one screen at a time” mode while the console installer does “one question at a time”. Due to this difference, the automatic translation of form screens from GUI to console mode will not always be optimal.

In 4.2.4 we will introduce a “Console handler” form component that allows you to fine-tune the console mode of your installers. The form component is invisible and has no effect in GUI mode. Its action is defined in the “Console script” property: 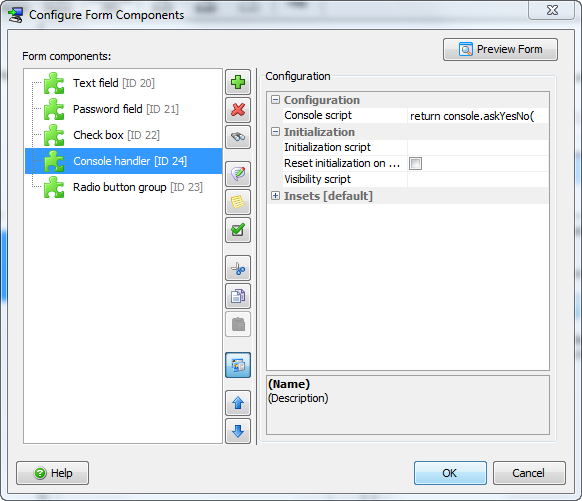 Besides the usual parameters for form components, the script is passed a “console” parameter, which is of type com.install4j.api.screens.Console and offers a number of methods for interacting with the user on the console. This has previously only been offered in the API for the development of custom screens and custom form components. 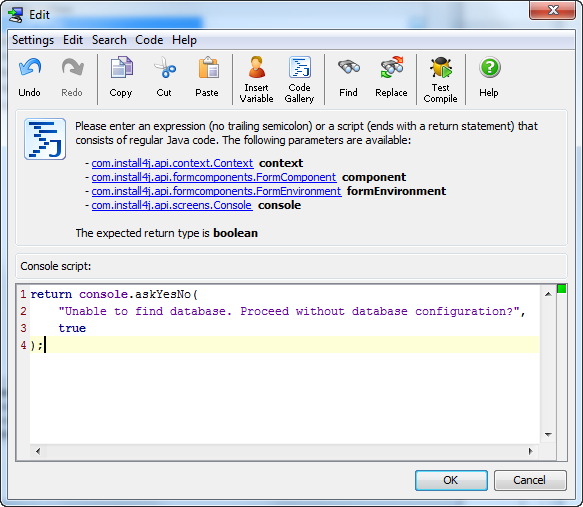 The powerful monitoring solution for the JVM.