Full Support for Java 7. The main changes are:

The heap analysis is now stored for future use. Most of the time spent when loading snapshots is for the analysis of the raw data, the removal of unreferenced objects and the retained size calculation. JProfiler now stores the result of this analysis next to the snapshot if possible. This means that opening a snapshot that has already been analyzed is now orders of magnitudes faster. You can customize the storage format for the analysis in the general settings. 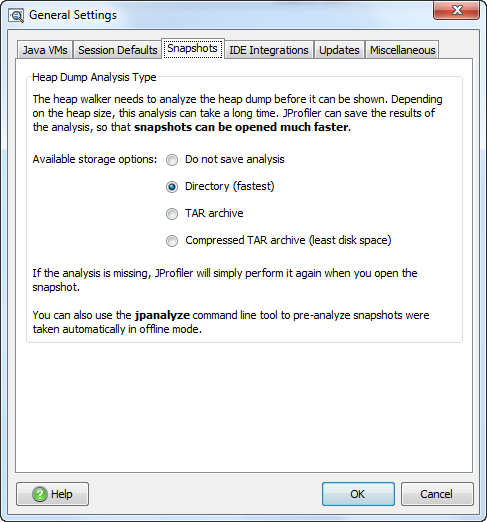 Snapshots taken with offline profiling do not have an existing heap analysis. If you're taking these snapshots in an automated fashion, you can use the new command line tool jpanalyze in order to massively speed up the opening of these snapshot in the JProfiler GUI. 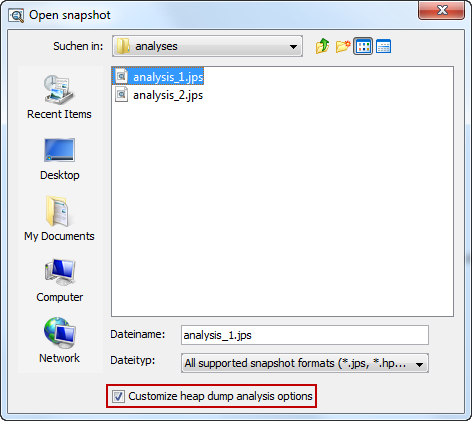 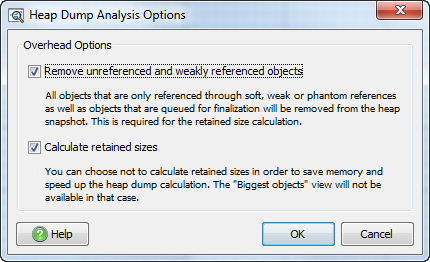 This also allows you to modify a stored heap analysis later on. 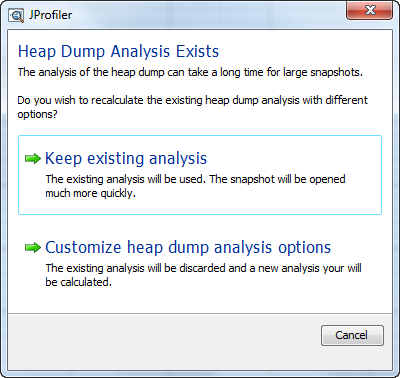 Support for debugging and profiling at the same time. Debugging and profiling at the same time was not possible with instrumentation in earlier versions since some class file attributes that are important for debugging were not modified as required. From this version on, the combined operation is supported. Because the IDE integrations do not support this directly, just invoke Session->Integration Wizards->New Remote Integration and add the advised VM parameter to the debug configuration in your IDE. 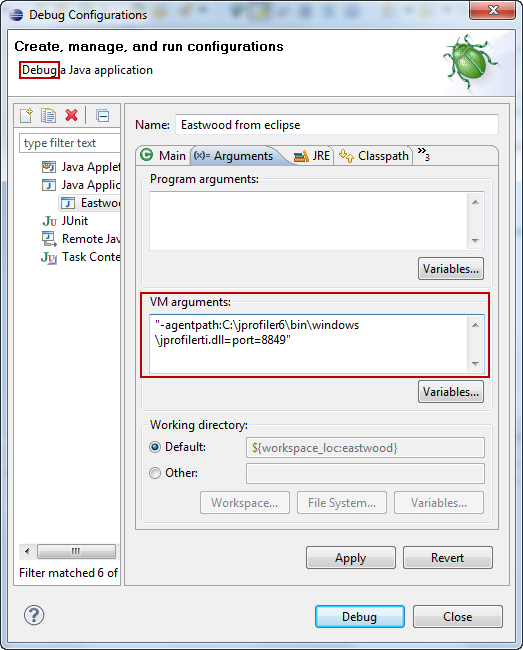 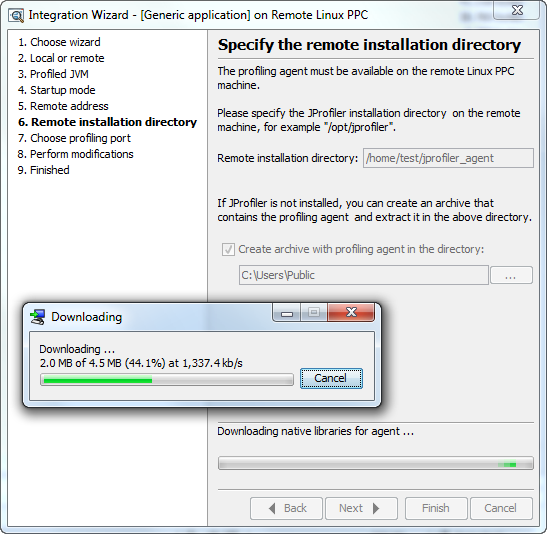 Sampling vs. instrumentation. The decision of whether to use sampling or instrumentation for CPU profiling is very important. The session startup dialog now asks you for the initial setting, explaining the advantages and disadvantages of both modes. In addition the session startup dialog now shows you hints about potential problems with your profiling settings including quick links in order to fix them. 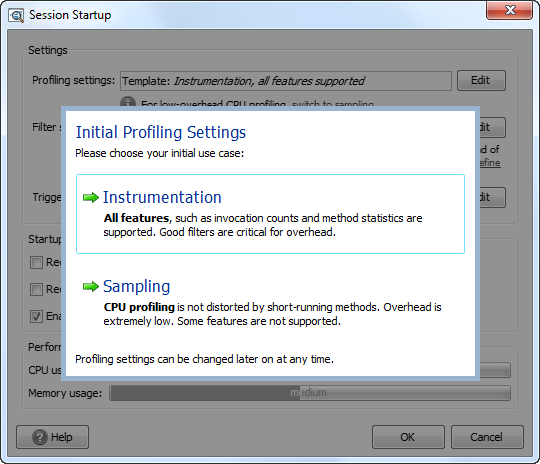 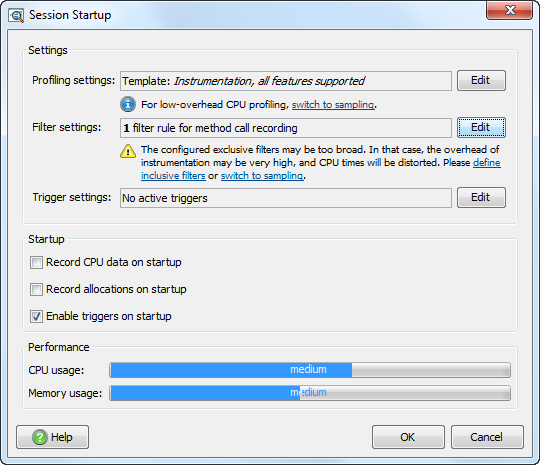 Improved installer. The installation has been streamlined and provides a better user experience. You can now download and install profiling libraries for other platforms directly in the installer. 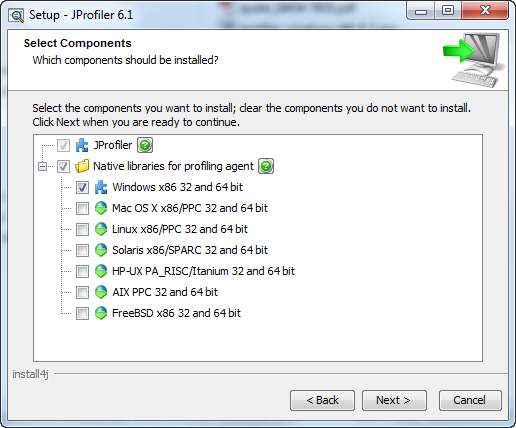